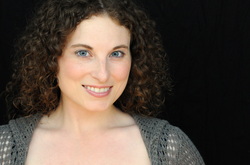 Ms. Thomas is an alumna of the Mt. Ararat Stage Company and is currently the choral director for grades 6-12.  In addition to teaching she is an award winning actress and singer who has performed extensively throughout Maine and New Hampshire at venues such as Maine State Music Theatre, Waterville Opera House, Seacoast Repertory Theater, Good Theater, Merrill Auditorium, Hackmatack Playhouse, Community Little Theater, and the Franco American Heritage Center.  Favorite roles include Mary Poppins in Mary Poppins, Princess Fiona in Shrek, Belle in Disney's Beauty and the Beast, Christine Daee in Phantom, Marguerite in The Scarlet Pimpernel, Guenevere in Camelot, Mother Superior in Sister Act, Emma in Jekyll and Hyde, Lily in The Secret Garden, Johanna in Sweeney Todd (directed by Adam P. Blais), and Fiona in Brigadoon. 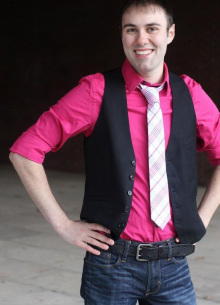 MASC: 8 Seasons and 21 productions including 1984, The Matchmaker, Chicago, I And You, Lord of the Flies, Almost, Maine, The Diary of Anne Frank, Xanadu, and The Sound of Music. Elsewhere: Murder for Two, The Pirates of Penzance, and My Father’s Dragon (Theater At Monmouth), Murder for Two, The Midvale High School 50th Reunion, A Christmas Carol, The Sunshine Boys, and Around the World in 80 Days (The Public Theater), King Lear and The Tempest starring Academy Award Winner Olympia Dukakis (Shakespeare & Company), Newsies, Ripcord, Hello, Dolly!, It’s Only A Play, A Christmas Story the musical, Young Frankenstein (Waterville Opera House), and many others. Adam holds a BA in Theatre and a MA in Leadership and Organizational Studies and currently serves as the Education and Development Director for The Public Theatre. 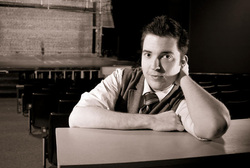